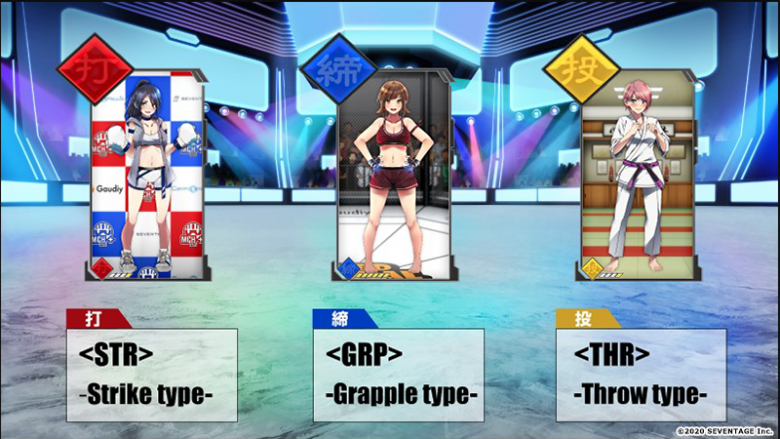 CHOJO -CryptoGirlsArena- is a blockchain game of the beautiful girl martial arts genre by SEVENTAGE Inc.

We will introduce the battle system of CHOJO and the concept of forming a team.

CHOJO's battles are turn-based battles in which three fighters are each given three Arts Skill.

They fight by unleashing techniques on each other and switching between fighters, with the winner being the one who defeats the three fighters first.

By successfully using the "ARAWARE", which can only be used once during a battle, you can greatly increase a fighter's ability and potentially change the outcome of the battle.

Let's take a closer look at it.

How to view the screen

(1) Fighter's HP
(2) Reserve fighters.
(3) Status change icon.
(4) The current number of ROUNDs.
(5) Fighter Information: The color of the diamond to the right of the icon corresponds to the attributes of the fighter.
(6) Arts Skill Button: 3 Arts and 4 Frames of normal attacks. The color of the frame corresponds to the attribute of the attack.
(7) ARAWARE Gauge: This gauge accumulates when you take damage, and you can press the ARAWARE button when it reaches its maximum value.
(8) ARAWARE Button: Press the ARAWARE button to activate your ARAWARE attack.
(9) Switch button: Switch with another fighter.
(10) Decide Action button.

The CHOJO has three attributes.

You can do a lot of damage against a favored opponent and less damage to a disadvantaged one.

The correlation between the attributes is as follows.

Fighters' stats also include STR, GRP, and THR. Maximize damage by equipping the fighter with an art of his or her strongest attribute and attacking a favorable opponent.

ARAWARE is a special move that can be used only once during a battle. The fighter's stats will increase and additional attacks will be triggered.

ARAWARE is activated before an attack action, but the order of subsequent attacks is dependent on your quickness as usual. Therefore, if you use ARAWARE at the wrong time, your character will not be able to take advantage of its ability boost and will be K.O. Activate ARAWARE at a time when you are sure to deliver an attack.

Arts are like equipment that you set on your fighter. Setting them increases the fighter's stats and allows you to use skills during battle.

There are two types of Arts, Original Arts and Ghost Arts, and Original Arts can be developed by raising your level. Raising them to level 20 or so will surpass the performance of the Ghost Arts, so be sure to actively set them up and train them when they drop in your quest.

The Arts also have three attributes.

Think about your fighter's status and strategy as you set it up.

How to build a team

If you're simply going to go around the quest, it's more efficient to team up with fighters of the same rarity so that the maximum stamina is about the same.

If you're planning on building a team for battle, it's easier to do so if you consider increasing the buffing ability to your view.

For example, the STR-attribute fighter 'Kokoro Fujikawa' has a passive skill that improves the STR of all allies by 10% (up to a maximum of five times) when an enemy is hit with an Arts Skill attack.

While paying attention to the advantages and disadvantages of his attributes, you can also consider building a team of fighters with high STRs, with Fujikawa in the lead to strengthen your perspective. By the way, it's also possible to have more than one fighter on the same team. It's also interesting to have a team of three Fujikawa fighters that specialize in super STRs.

CHOJO also has a recoverable art, so you can increase your DEF and form an endurance team. It's going to be interesting to see how many different things you can try out in battle.

This is a summary of the battles in CHOJO.

You won't get a sense of the fun of battles just by going through the quests, but as you add more fighters and arts, you'll be able to enjoy the tactical battles while clarifying the concept of your team.

Let's start off by learning the basics of battle and developing your fighters and arts in preparation for the versus event! 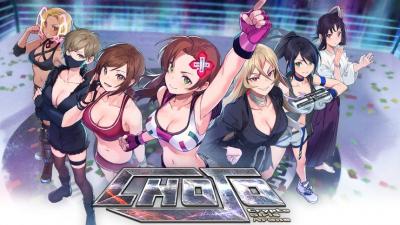 Vol/day
-
Tx/day
-
DAU/24H
-
The theme of this game is "martial arts and beautiful girls", a blockchain RPG that allows players to experience fierce battles. Players train fighters with various characteristics to achieve their dreams of "the top" together. The Chase. The film follows the fighters as they grow through the martial arts, and the fighters' NFT assets by crossing the narrative and blockchain gaming ecosystem. The company is creating new value in the
The game is being developed and operated with the support of "MCH+", a development support program that leverages the technology and know-how of "My Crypto Heroes", the world's number one blockchain game in terms of transactions.